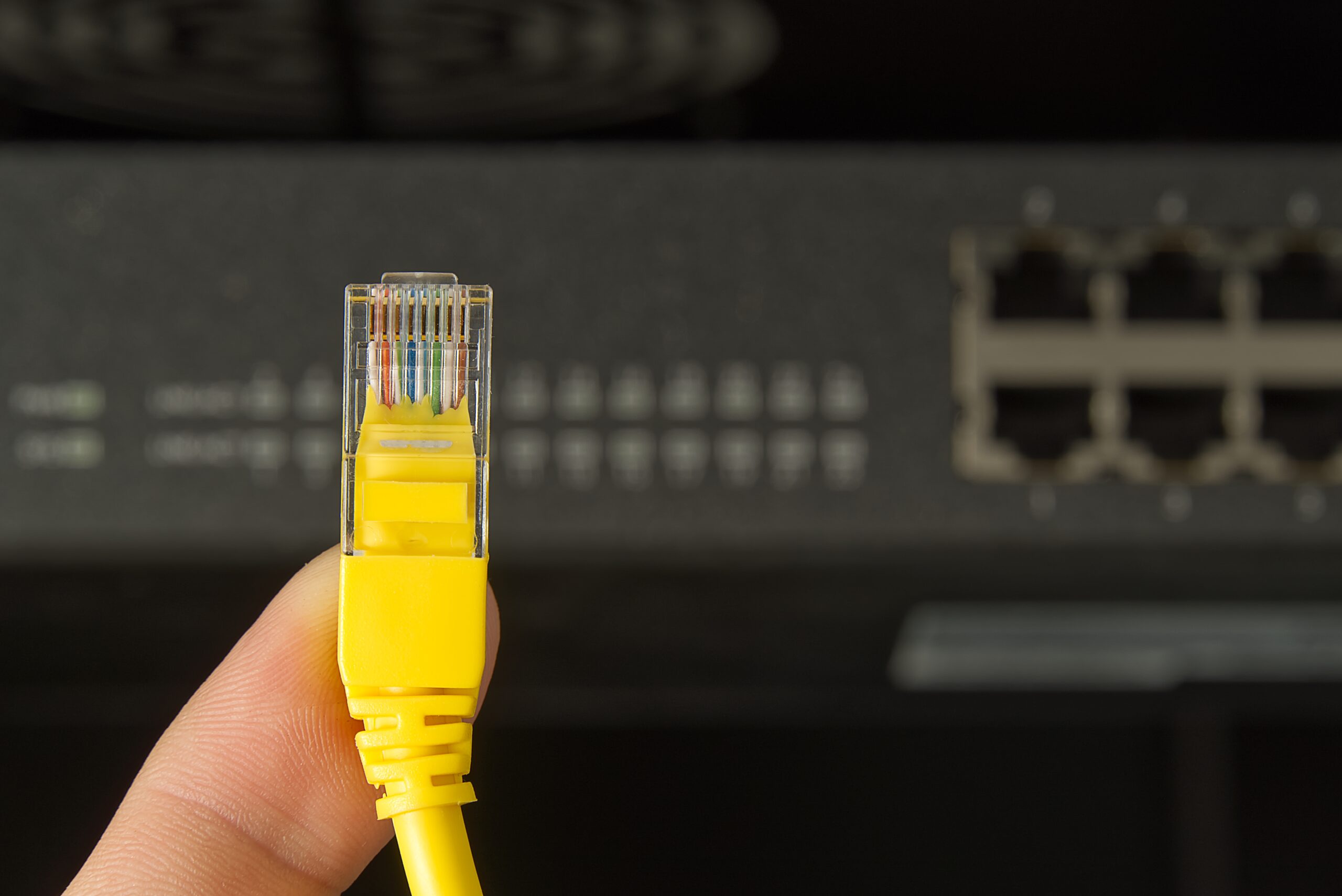 Google remains the big dog on the porch, so what does the future hold for this tech giant and what does it mean to those of us in the advertising industry?

This week the U.S. Department of Justice filed its second antitrust suit against Google and aims to break up its ad business.  Read that again.  While Google does have a stranglehold on the Internet search space, what we would do without it?  No more paid search ads?  No more on-page search engine optimization?  Well, not so fast.  Google’s not going anywhere anytime soon.

The lawsuit is the latest sign that the U.S. government is not backing down from cases against tech companies.  It was joined by California, Colorado, Connecticut, New Jersey, New York, Rhode Island, Tennessee, and Virginia which now have antitrust lawsuits being argued by their attorneys general.  The announcement of it sent Google shares on a slight dive of 1.3 percent.  But will that really make a dent?

Consider this.  Google’s advertising business generated $54.5 billion in the quarter ending September 30, 2022 from Search, YouTube, Google Network ads, and other advertising.  That’s billion with a b in just one quarter.

Google argues that it doesn’t really dominate the online advertising market and points to the market share of competitors like Meta’s Facebook, which brought in a respectable $32.5 billion in the third quarter of last year. The DOJ argues that the broad ownership of the Internet advertising space is comparable to Goldman Sachs or Citibank owning the New York Stock Exchange.

So, what does the future look like for this tech giant?

But what keeps Google up at might since they’re so dominant in so many aspects of online search and marketing?  Probably the biggest change is that voice is replacing keystroke searches.  If you tell Alexa, “I don’t want to hear any more ads,” that’s problematic for Google.  If voice can disrupt a Google core search business (which makes up a whopping 64 percent of their overall revenue), then that’s a big issue indeed.  Plus, Amazon, the tech giant nipping at Google’s heels, no longer needs to advertise on Google.  They are organically outranking everything and have a massive, loyal customer base.

Regulations and tech breakups are another point of pain for Google.  The EU has already slammed Google’s Alphabet with a record $2.7 billion fine.  Plus, Europe and the U.S. realized that sites like Google and Facebook helped the Russians influence U.S. elections and elections and governments around the globe, further raising concerns about the power of Internet companies.

With all that said, Google has an eye on the future and a vision for some very unique opportunities only a tech giant like it could pull off. 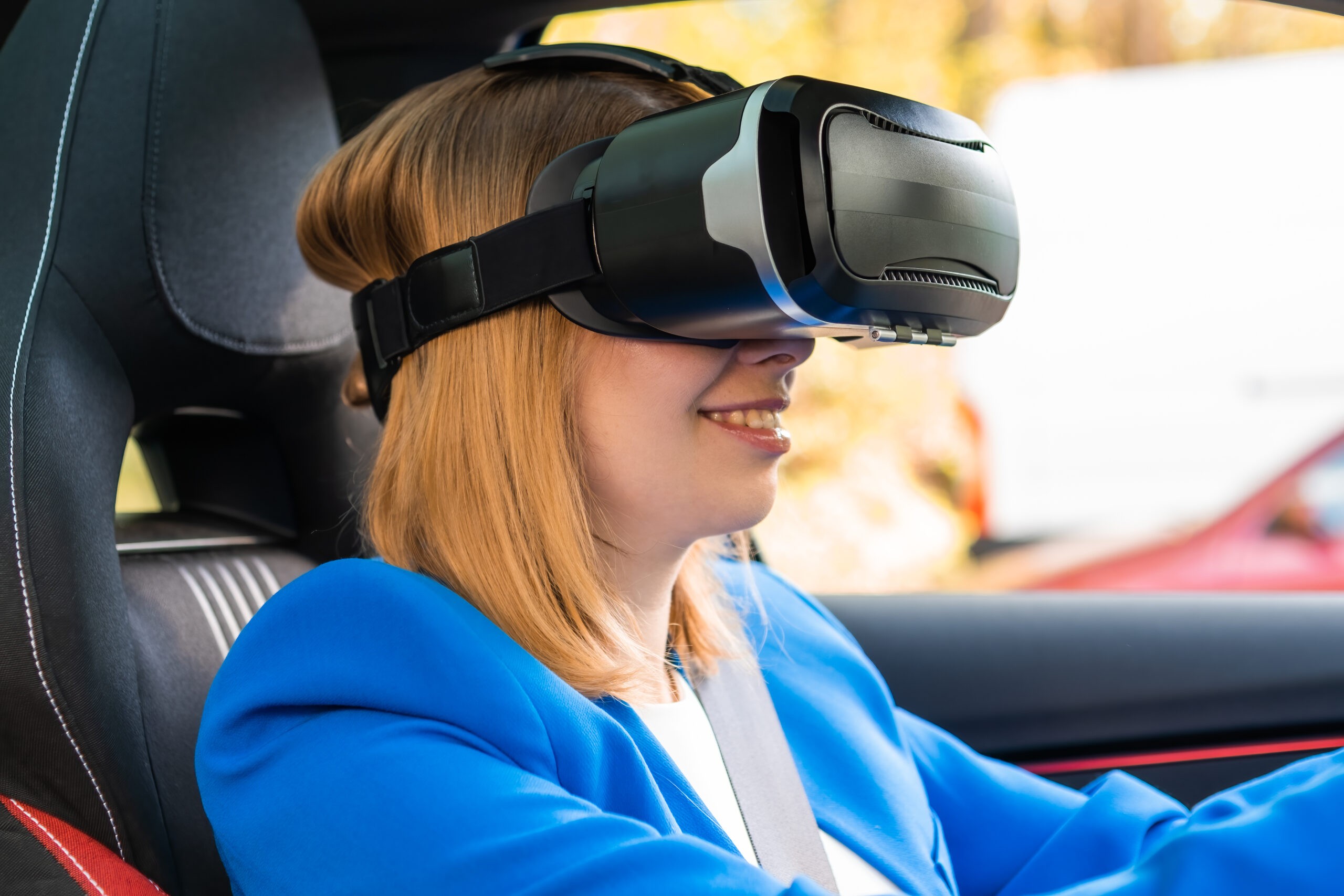 We are racing towards a driverless world of transportation as a service. Google/Waymo is uniquely suited, especially considering their partnership with Lyft (among many other ride-sharing providers) to dominate this market.

In summary, autonomy will free 52 minutes per day on average for the American commuter. And as autonomy progresses the business opportunities and transformation of traditional space/real estate will represent trillions in untapped value, according to the Washington Post. You could sleep your way into a new city, grab fast food (or enjoy some fine dining) at 80mph, plug into VR while driving cross country…the possibilities are endless.

While it is impossible to predict the rate of adoption of autonomous vehicles due to regulatory concerns, no one is arguing the fact that this technology will change the world. There are 1.2 billion cars worldwide. That is an ENORMOUS addressable market.

YouTube is the 2nd largest search engine in the world and easily the largest video platform. YouTube Red is its subscription platform. There is so much potential here. Netflix alone is valued at $94 billion. And the market for quality video content is constantly increasing. Content is king, and video more than just about any other medium completely captures attention.

Netflix spent $6–8 billion on original content in 2018. In 2017 they produced 1000 hours of original programming. With shows like House of Cards, Orange is the New Black, and Narcos, Netflix were all nailing the content.

Even Amazon and Apple are betting big on original content, with $4.5 ,billion and $1 billion budgets respectively this year.

What about disrupting the telco industry?

Just imagine if Google owned Sprint AND the Android.  Sprint, while easily the smallest of U.S. carriers, still has 50.4 million customers.  So, Google could theoretically offer Sprint customers free services and switching bonuses.  It could also several months free or a more customer-friendly monthly or yearly subscription.  Because Google could better monetize ads (even on iPhones), Sprint could lower fees and still make great money, causing users to switch to Sprint, greatly increasing the value of the acquisition and crushing competitors in the process.

How does Google monetize data?

Advertising is what allows Google to offer free services like Gmail and Google Meet. It is also what has consistently gotten Google in trouble over the years.

Google included ads in Gmail from the get-go and then worked on making the experience better and better for advertisers. Nowadays, Google can afford to launch a free service and figure out how to monetize it later. Why because of the advertisers seeking the data Google collects, and their willingness to outbid one another for it.

And to be fair, Google did make a promise; “Most importantly, Google will never sell your data to third parties or share your search history with the rest of Google for targeting ads.”

Google controls about 62% of mobile browsers, 69% of desktop browsers, and the operating systems on 71% of mobile devices in the world. 92% of internet searches go through Google and 73% of American adults use YouTube. Google runs code on approximately 85% of sites on the Web and inside as many as 94% of apps in the Play store. It collects data about users’ every click, tap, query, and movement from all of those sources and more. 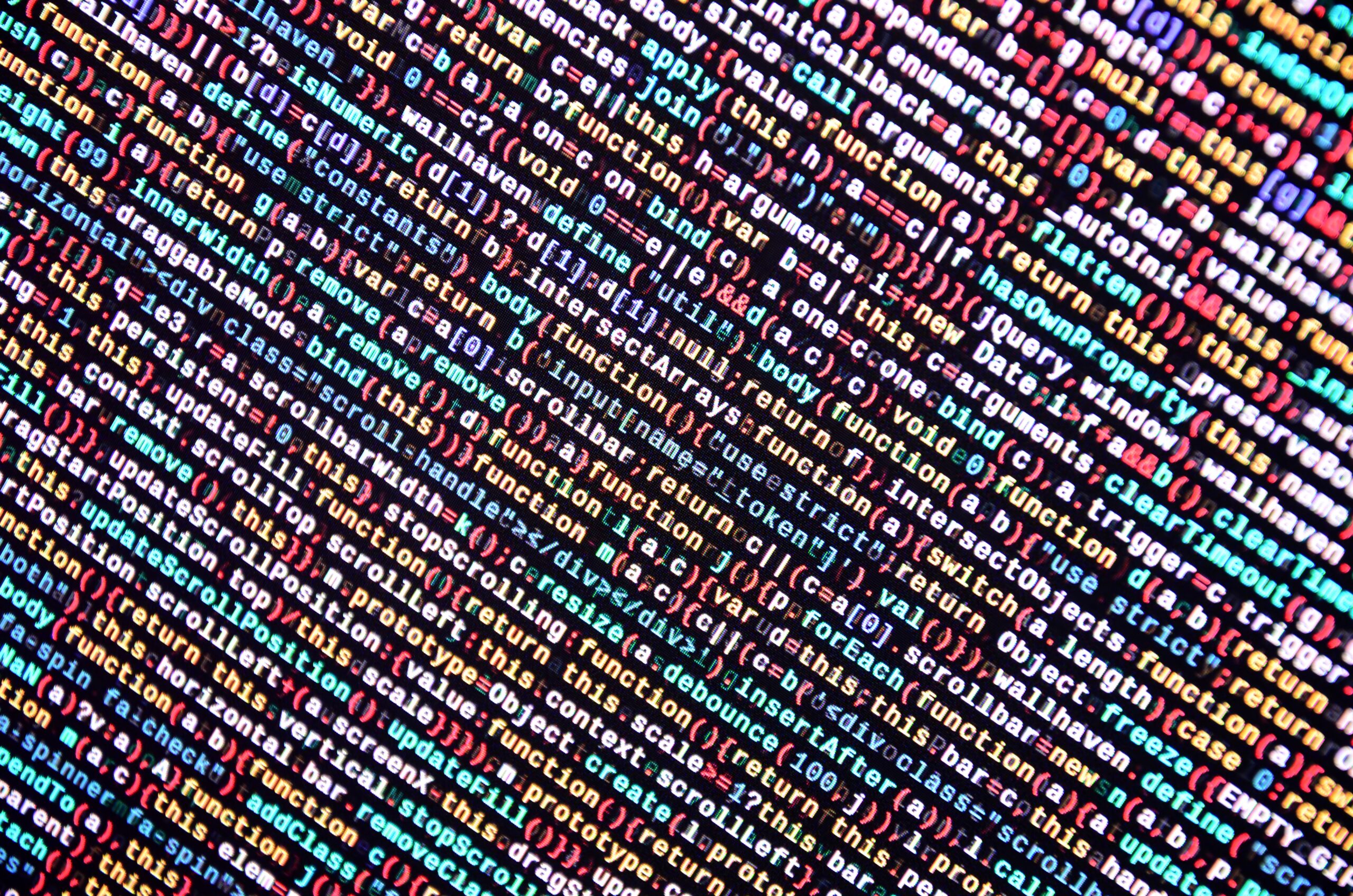 So what is happening with all of that data, which Google says it’s not selling, but from which it makes tens of billions of dollars a year?

Google monetizes what it observes about people in two major ways.

First, it uses data to build individual profiles with demographics and interests, then lets advertisers target groups of people based on those traits.  Second, it shares data with advertisers directly and asks them to bid on individual ads.  The latter, also called Paid Search advertising, is a gold mine for advertisers.  I currently have multiple clients who rely almost solely on it for new lead generation and keeping their conversion pipelines full.

But what if all I had to do was contact Google and tell them I wanted to reach every redhead in the United States who wears a size 8 shoe and likes to play word games on their iPhone. Then Google would send me an invoice for $1.5 million and I could then reach every single one of those redheaded word gamers in their size 8 shoes at will.  Sound far-fetched?  Maybe.  But not when you consider that the Internet was just a green blinking cursor on a black field where two computers networks could talk to one another for the first time using a Transfer Control Protocol/Internetwork Protocol (TCP/IP) just 40 years ago. 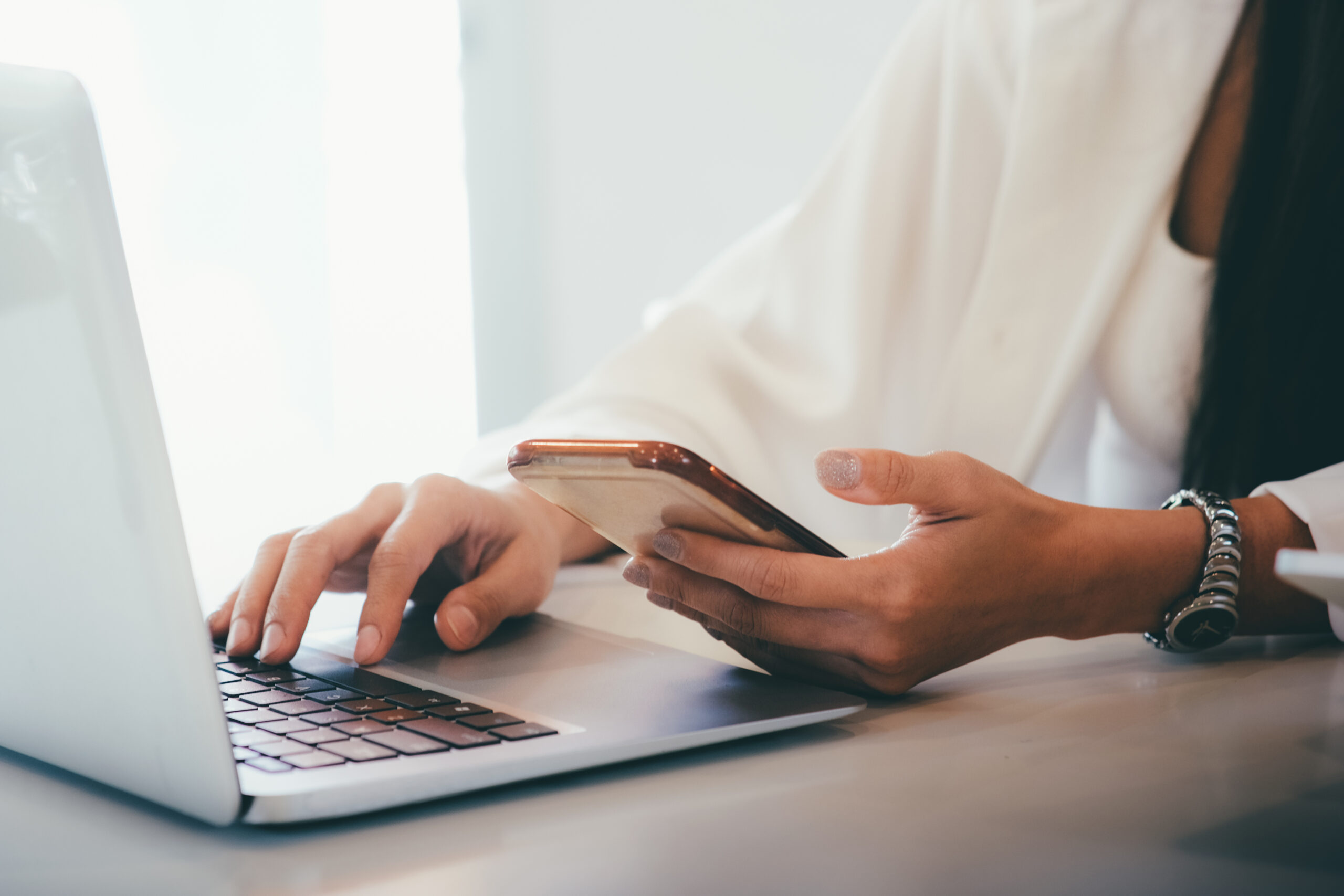 Forty years from now, we might very well be buying buyer data to deliver ads and messages automatically to very specific individuals via their own personal devices from our iPhone on Mars.  Pay once, reach everyone all at once.  Win win.  No more outwitting the algorithm or outbidding the competition.  Those tactics will be so 2023.