Social Media. The Good, The Bad And The Ugly. 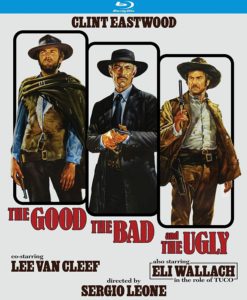 It’s the media many of us love to hate. Social media. It’s transformed the way people communicate and relate to one another. Whether you’re a fan or a foe, social media is here to stay. While I must admit that I have aged out of any understanding of Snapchat, I do have a pretty good grasp on the rest. So here are some tips for you to consider when using social media for your business in 2019.

Social media advertising is an affordable way to reach a vast, targeted audience. According to Statista, there will be 2.77 billion social media users globally in 2019—up from 2.46 billion in 2017. In the U.S., social media penetrates 66 percent of the population. Those millions of users spend more than 215 minutes each week on social media via smart phone, 61 minutes via computer, and 47 minutes on a tablet device. The increased use of smart phones for social media also adds a new opportunity—location-based services. Of all the platforms, it’s no surprise that Facebook continues to the be market leader in terms of reach and scope with 1.86 billion daily users.

Businesses both large and small should not overlook or underestimate the value of tapping into this potential gold mine of shared information and relationship building. Even a limited Facebook campaign can bring thousands of new eyes to your website, your blog post, or an event. Sponsored content advertising via LinkedIn is a perfect tool for B2B marketing, and allows you to establish yourself as a subject matter expert quickly and effectively. The most important thing in all social media communications is to be authentic, be consistent, and be true to yourself and your brand.

Everything I just mentioned is not new to many. Social media has become a crowded space for many advertisers. Users are becoming jaded in their expectations of the social media experience, and if the content underwhelms them, they’ll scroll right on by. Video use is one way to help counter this lethargy. Another is by providing them with good useful content. Good content is also what Google is looking for, so it might not only be informative, but might also be a boost to your search engine ranking.

A post going viral isn’t always what’s best for your brand—especially if it’s taken the wrong way. Back in January of 2017, the immigration ban was in the spotlight, and taxi drivers in New York gathered together for a strike, to protest the legislation, asking all drivers, including those from Uber and Lyft, to join the protest. Uber, apparently trying to take advantage of the situation, suspended “surge” pricing and issued a tweet aimed at promoting its service.

Many viewed that action as an attempt to undermine the strike. In contrast, its competitor, Lyft, sent out a message of solidarity and announced a $1 million donation to the ACLU. Thousands of users posted to the hashtag #DeleteUber in response, and Lyft saw an enormous boost in users. Additionally, for the first time ever, Lyft’s downloads surpassed Uber’s on Sunday, January, as a direct result of the #DeleteUber campaign.

Spoiler alert: social media has its trolls. They might live next door to you or are in your network group, and you won’t know it until you post something they mistake its intent. These are the people who are emboldened by the anonymity social media platforms can provide. If you post a picture of puppies, there will be those that a) dispute that it’s puppies, b) tell you it’s the wrong kind of puppies, or c) tell you that you know nothing about puppies. So be prepared for it, and have a plan to silence the dissenters.

Even in this day and age of “fake news”, facts paint a better response than an opinion. Look for sources that are inarguable, such as government reports, statistical data from trusted sources like Gallup, or coverage from sources like the Associated Press. If someone leaves a dreadful review on your Facebook page, meet it head on. Express your sincere regret that your product or service didn’t meet with their expectations, then contact 10 or 20 of your best clients and advocates and ask them to leave you a positive review. They’ll ultimately bury the nay-sayer with their good words.

So, here’s to your social media interactions in 2019. May be the good far outweigh the bad and the ugly! I know a good content creator if you need one.