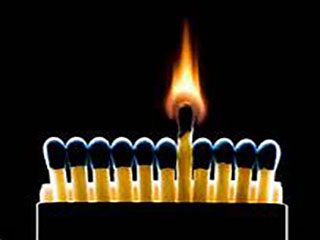 It’s a question often asked of any advertising professional:  “what’s going to be my return on investment?”  While there are many metrics for measuring ROI, measuring the ROI of creativity itself if perhaps the most important consideration.

So why do so many businesses play it so safe when promoting their brand?  It’s not fear of the unknown, or even a low tolerance for risk.  Instead, it’s because some don’t fully understand how truly important creativity for creativity’s sake truly is.   If they did, they would do everything in their (and their creative team’s) power to set themselves apart from their competitors in creative, memorable ways.

In 2010, England’s Institute of Practitioners in Advertising published a study called the “The link between creativity & effectiveness.”  In it they provided a thorough analysis of 435 campaigns studied over a 16-year period from 1994 to 2010.  The report revealed something we creative professionals have always known in our gut – that creativity fuels a greater return on the advertising dollar.  In fact, they discovered that creatively awarded campaigns are 12 times more efficient at increasing a brand’s market share.  Some 77 percent of these campaigns had television advertising at the heart of their success.

The report’s summary concluded, “while creativity cannot be defined or prescribed, its effects can be measured and creative ads tend to be enjoyable and involving, and different than other advertising.  They tend to stimulate an emotional response.  Effective ads also tend to generate these responses – and they are also likely to be well branded.”

That’s been my experience as well.  When writing a radio spot for ReNew Life Formula’s Diet Start Cleanse, the lead character was a bathroom scale.  He pleaded with his owner to try it and it would help her lose weight, thus making his “life” easier.  We used the voice of Jay Kiernen, (the voice of the cartoon cockroach who screamed “RAID!” at the end of that monumental and long-running campaign), to do the voiceover.  It was a brand and a product worthy going that extra mile, and they were savvy enough to embrace it.

Then there was this ad for Pinch A Penny Pool, Patio and Spa about automatic pool cleaners.  The brand is built around the notion that pool cleaning is as easy as child’s play, and children were predominant in all advertising.  Plus, children and pools naturally go together, and many pool owners have children in the home.  This ad took a rather mundane topic, automatic pool cleaners, and tied it to the brand in a fun, fresh way. It was engaging, immediately easy for adults with children to identify with, and reinforced a strong sales message.  Such approaches have helped build this brand into a pool care powerhouse, and they are still true to the children and family oriented approach to this day.

And that’s the true value of creativity. It has the power to turn the mundane into the exceptional.  Which is why more and more corporations are harnessing the power of creativity to get the best out of their people.  Take, for instance, General Electric.  GE was able to increase patentable concepts by more than 60 percent after its engineers and designers completed a two-year, in-house creativity course.  Participants in Pittsburgh Plate Glass creativity training showed a 300 percent increase in viable ideas compared with those who elected not to take the course.  At Sylvania, several thousand employees took a 40-hour course in creative problem solving.  The ROI for that course was $20 for every $1 spent.

Hewlett Packard was an early adopter of creativity training.  The company invested more than $2 billion in R&D in 1999, and generated more than 1,300 patent applications.  The net revenue from their investment in creative thinking? A whopping $42.37 billion that year alone.

So the next time you’re thinking about doing a mailer, sending out some email marketing, placing an ad, posting on social media, or filming a TV spot, don’t just think out of the box.  Make a new box to be in.  The return on your investment will be highly rewarding, both emotionally and monetarily, and motivate you to continue to supercharge your brand identity through creativity.